Now Hear This! One of Sarnia’s Top Health Care Providers is Expanding 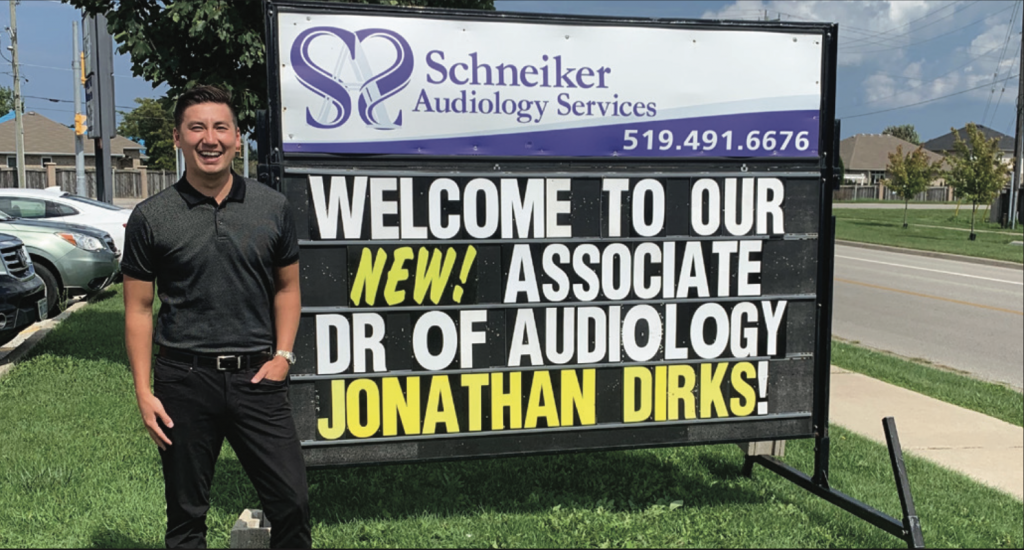 The following was provided by The Sarnia Journal.

“You need your hearing checked.”

For the third time that night, I’d asked my wife to turn up the volume on the TV. My wife is a lot smarter than I am. Maybe she’s right, I thought.

After all, I love my dentist, and see her at least twice a year. I’m visually impaired, and see my eye surgeon every three months. So why have I never had my hearing checked?

Schneiker Audiology Services (SAS), unlike many businesses in Sarnia crippled by the coronavirus pandemic, has flourished – so much so, that they’ve just welcomed 30-year-old Dr. of Audiology Johnathan Dirks to their team. Johnathan, born and raised in Courtright and Mooretown, left a practice in Fort Lauderdale to join SAS.

As a man in my 70s, I recognize the concept of “old-world service.” That style of caring, attentive and personalized service is abundantly apparent at Schneiker Audiology. You feel like these people really want to help you. Their customary one-hour appointments provide the time to do so.

I really like these people, I thought. But Johnathan Dirks told me some startling facts about hearing loss that I never knew. For example, hearing loss is the third most serious health care issue in Ontario after diabetes and cancer.

Over half of the population over age 40 and two- thirds of Ontarians over 60 suffer hearing loss. It is also the province’s most common work-re- lated injury; especially in Sarnia. Schneiker works with a large number of Chemical Valley patients and WSIB trade union claimants – even helping many afflicted workers with their claims.

No – hearing loss is not something to ignore. “We were very lucky to get John,” Kathleen Schneiker told me about the new addition to her family team. “He came just at the right time.”

Johnathan Dirks told me that, in joining SAS, one thing really surprised him. “In Florida,” he told me, “Most people won’t drive more that five minutes to see a hearing specialist.” But so loyal are SAS clients, and so delighted are they by the level of personalized care, that they come from as far away as Hamilton to use their services.

The following was written by Troy Shantz at The Sarnia Journal.

Rick Powell suffered his hearing loss while working as a labourer and factory worker. But getting a hearing aid that helps has been difficult since the government, through the Workplace Safety and Insurance Board, slashed the number of available providers.

Powell, a retiree, had five years of good service from his old hearing aids. But their renewal coincided with the rule change in January, and the new board-approved devices were useless, despite repeated adjustments at the audiologist’s. “I thought, I can’t wear these,” he said. Powell is one of about 500 WSIB claimants served by Sarnia’s Schneiker Audiology Services whose hearing has been severely impacted by the change.

“I wouldn’t start my mom off with an entry level product,” said owner Kathleen Schneiker, an audiologist with more than 20 years experience. “Somebody like Rick who’s been used to wearing advanced technology deserves to keep up with the same level,” she added.

“They shouldn’t be forced to move backwards in technology, based on the cuts the board is trying to make.” Previously, WSIB claimants were eligible for several thousand hearing aid options from 10 manufacturers and up to $1,000 per aid. That’s been reduced to three manufacturers, 200 types and a $500 cap. Schneiker said hearing loss cannot be corrected with a one-size-fits-all device.

“(Before) I would diagnose them and fit them with what I felt was the best. Now I’m limited to entry level, $500 hearing aids unless I fight.” And fight she has. 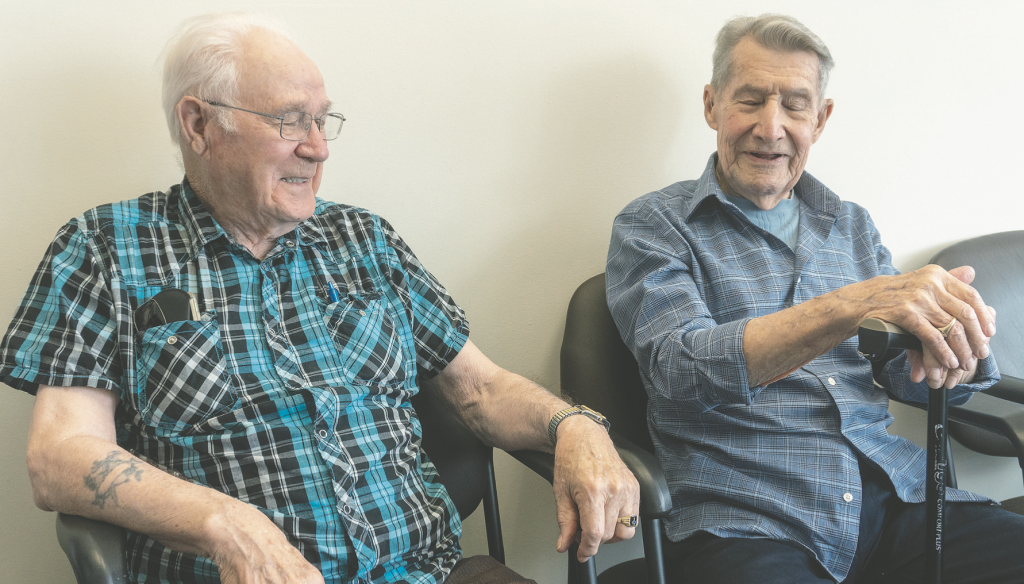 The following was written by Troy Shantz at The Sarnia Journal.

Two Sarnia veterans are returning to France this week, celebrating the 75th anniversary of the D-Day invasion.

Joe Edwardson, 95 and Roy Hare, 94, each participated in the historic raid and subsequent campaign across Northern France. They’re scheduled to attend the June 6 ceremonies at Juno beach, where some 15,000 Canadian troops landed in 1944.

Edwardson chatted with fellow soldiers of the Regina Rifles as their landing craft was battered by rough seas that morning. They were among thousands of Allied troops that trained for months in the English country-side in anticipation for that day, he said.

“I don’t think we were all that scared, just plain curious,” said the retired pipefitter. “When the shells started coming in, you knew you were involved.” As the small craft was rocked by nearby explosions and violent waves, the decision was made to unload the soldiers before reaching the beach. As the gate dropped a barrage of machine gunfire immediately killed many of the Regina Rifles, Edwardson said.

Those that made it out were met with deep, frigid waters. Weighed down by 60 pounds of equipment, Edwardson started sinking. He credits his life to an unknown soldier that grabbed him before he disappeared under the waves, he said.